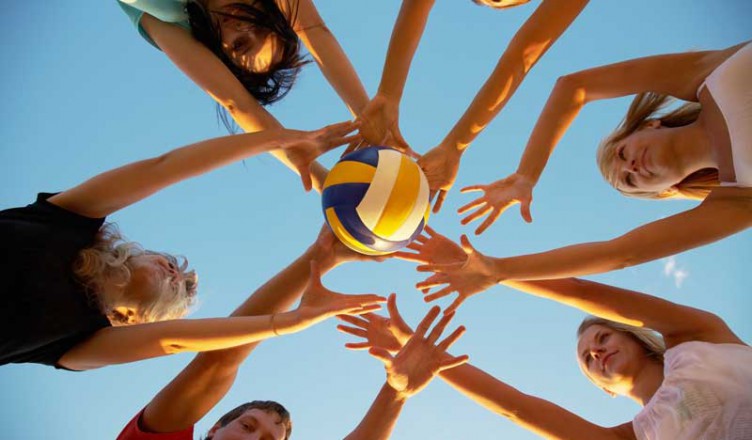 On the 30th anniversary of Title IX, February 28, 2003, Secretary of Education Rod Paige delivered an address “Open to All.” He referenced this National Federation of State High School Associations 2002 Participation Survey data to show the change from just before Title IX to 30 years after:

While the boys’ participation shows an increase, the girls’ participation is almost ten times as great. To put these numbers in perspective, in fall of 2002, there were 28,134,396 high school students in the U.S.

Athletic programs come with eligibility requirements, usually in the form of behavior and grade parameters. It is important for students to achieve a balance so that their academic performance does not suffer due to athletic participation. Many away games, or making the state or regional championships can simultaneously cause delight and anxiety due to additional demands on time. Particularly if championships coincide with finals, good planning and completing assignments and studying in a timely manner will be essential to an athlete’s being able to keep everything flowing smoothly.

One activity has been found that can help counteract some of the negative influence from the media. A study at the Melpomene Institute of Minneapolis, Minnesota showed that participation in sports teams had better body images than others, even others who were physically active but not as part of a team.

Sports scholarships are one of the ways students who excel in sports can continue to participate and finance higher education at the same time. Entering college as an athlete often means arriving on campus early and having a built-in group of colleagues and companions, even before the majority of students arrive in the dorms. A sports practice regimen may help students who may be setting their own schedule for the first time, giving additional structure to their lives beyond their classes.

Drawing material from the National Education Longitudinal Study of 1988 (NELS-88) and tracking a representative sample of students who were in 10th grade in 1990 and 12th grade in 1992, to see what was happening in their lives in 2000, the following was discovered in comparing high school athletes to non-athletes. Note: There were three levels of participation in high school athletics used: junior varsity (JV)/intramural; varsity; and elite athletes – varsity athletes who were also either a team captain or voted most valuable player (MVP)