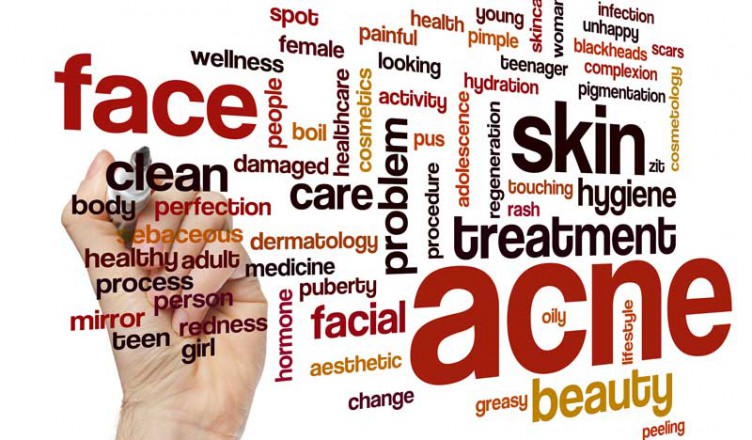 Often initiated by hormonal changes as young people approach puberty, acne is the most common skin problem in the US, says the American Academy of Dermatology. Acne affects up to 80% of those in their 20s and 30s.

The most common type of acne is acne vulgaris. The onset of acne is related to changes in the oil glands. In the early teen years, the oil glands that accompany hair follicles begin making more oil (sebum). The combination of extra oil and a particular type of skin cell can block the hair follicle. This results in a pimple, which is referred to clinically as a comedo.

Although the symptoms of acne are often lumped together under the term pimples, there are actually a number of different kinds that may include:

The different types last for varying lengths of time, with the shortest being usually two weeks, while papules and nodules sometimes persisting much longer. Acne can be aggravated by a number of changes, including:

Acne can occur in different spots. It is most typical on the face, chest, and back.

In determining treatments for acne, the extent and severity will often be ascertained. This can change depending on the aggravating factors mentioned above. There are grading scales, some with as many as 12 ratings, or the acne may simply be classed as mild, moderate, or severe. Each of the classes may suggest different treatment possibilities.

The severity of acne is influenced by several factors. Boys, who have more skin oils, may have worse acne than girls. Heredity can also play a factor, with young people’s whose parents had severe acne being more likely to have severe acne. And some people’s immune systems are simply more sensitive to bacteria in their hair follicles and react more strongly.

Sometimes a primary care physician will suggest or prescribe treatment for acne, or sometimes a patient is referred to a dermatologist, a physician who specializes in treatment of the skin.

Acne is treated in a variety of ways, but it is best to get advice from a healthcare professional to find out more about appropriate treatments available for a particular situation and before initiating a course of treatment.

Acne does not always cause scarring, but if it does, treatments are available.