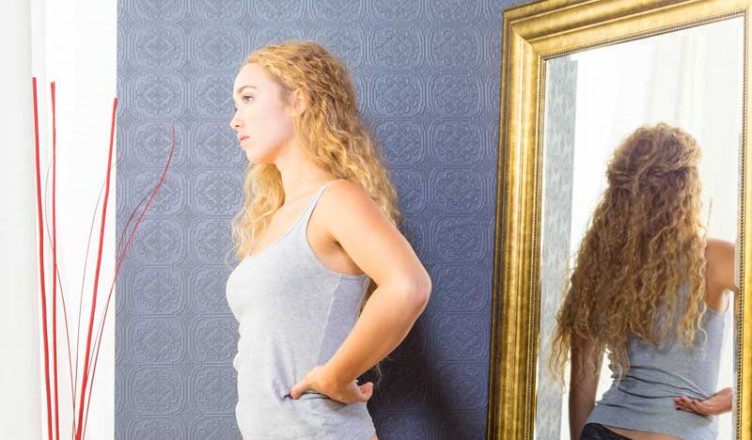 Body image is how we perceive our appearance and how we believe others perceive how we look. It is influenced by the actual state of our body, as well as our culture, the ideals presented by society and other factors. Body image is a part (but only a part) of the elements that contribute to or detract from our overall sense of self esteem.

Media images have a strong effect on people’s body image, particularly for women, because the ideals the media presents for women are farther from the average woman’s body. The Social Issues Research Centre (SIRC) reports that in 1972, the ideal woman shown in the media (models, movie stars, etc.) weighed less than the average woman, yes, but only by 8%. By the late 90s, the difference had become 23%.

Constantly seeing an ideal that is so far from one’s own reality can create a sense of pressure and lead to unnecessary dieting, for one thing. In one study from Harvard University reported by (SIRC), it was found that by age 17, 7 out of 10 teens have been on a diet and as many as 80% of teens may have a negative body image.

The onset of eating disorders for 86% of people is before they finish their teens. The Eating Disorders Association in England has warned that a distorted body image may lead to eating disorders. In fact, distorted body image is a defining characteristic of anorexia nervosa. Thus, treating anorexia nervosa, for example, does not simply involve helping people learn to make healthy choices about nutrition, but actually involves helping change how they perceive themselves so that their view becomes more realistic.

Body dysmorphic disorder (BDD) is the name given to the condition in which people are extremely preoccupied with what they see as defects in their appearance when the concern is either minor or nonexistent. The causes are not clear, but people who suffer from it will take excessive steps to monitor and cover the “flaw,” and have difficulty in social situations as a result. Though BDD shares with eating disorders a distorted body image, the other behaviors are different.

Actually being overweight can bring up body image issues as well. Teens who are overweight or obese, like people of other ages in the same situation, may have a poor body image as a result. In a Center for Disease Control (CDC) study of overweight high school students in 2003 and 2005, found increases in some states, decreases in others, and no change is some as well. In 2005, in the 39 states with percentages reported, the average percentage of students who were in or above the 95th percentile for body mass index (BMI) by age and sex was 12%.

One activity has been found that can help counteract some of the negative influence from the media. A study at the Melpomene Institute of Minneapolis, Minnesota showed that participation in sports teams had better body images than others, even others who were physically active but not as part of a team.