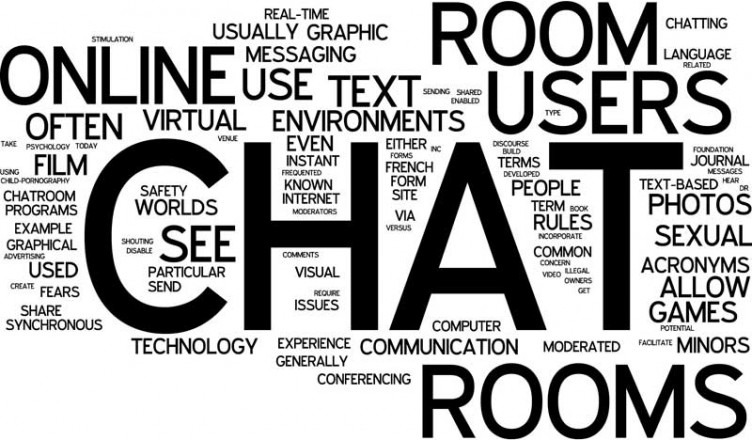 What Is a Chat Room?

A chat room is an online area in which people chat in real time. They are often set up according to some common interest. They differ from bulletin boards, forums, and discussion groups, in which messages are posted without interactive messaging being possible.

Chat rooms may or may not require special software. There is often a sign-up or registration required, with a user name and password, which should not identify the user. Before signing up, check the terms and conditions, the rules and the privacy statement.

The registration may require a minimal age, and require the user commit to certain standards of behavior. Chat rooms usually list the people currently online so that the entering person knows who is there and those already there know that they have been joined by another person.

Conversational entries are made by typing into a text message box, which becomes visible to the others almost at once. People who enter a chat and listen/read without responding are called lurkers and the practice is called lurking. This is, however, a good way to find out what is going on in a chat without becoming too involved.

Although most chats are labeled with their focus topic, and teens, if allowed to chat, should use this as a guide. Chats may also have age restrictions, which should be honored. Some sites offer mixed teen/adult chats, and it is important to vet these before considering them.

A group IM differs from a chat room in that one of the IM members invites the others to chat together.

Chat rooms may be moderated or un-moderated. Teens should not visit unmoderated chat, as there is far less control over the type of entry. They may be restricted to users from a certain area, or international. Also the type of information may include only text, or also include voice, photos, and or video.

The messages generally scroll up the screen as people enter their text. Chat rooms may be simply chaotic with multiple cross conversations taking place at once.

According to the Virtual Global Taskforce, a child sex abuser has approached over the Internet 1 out of 5 children who uses computer chat rooms. The FBI confirms that most children who fall victim to computer-sex offenders are spending a good deal of time on-line in general and in chat rooms in particular.

No matter how good and safe the chat, giving out personal information is something that teens should not do. This includes their real name, address, phone number, and other identifying information. Nor should teens plan to meet people in real life who were first encountered in a chat.

Chat rooms allow people to communicate unseen. This means that some people will test the limits of behavior, and engage in simple rudeness, may disrupt the chat by repeated posting of interfering messages, or by more problematic behavior, such as harassment, bullying, or grooming.

Some chat rooms are public and some are private. Teens should be wary of meeting others in private chat rooms. There are many specifically sexually-oriented chats that include adult participants, including sadomasochistic chats, bondage chats, etc., i.e., chat rooms that teens should not enter.

Filtering software can limit your teen’s access to unsafe websites, but needs to be used in conjunction with parental guidance. According to Pew Internet & American Life Project, 54% of families with Internet connections use some kind of filtering or monitoring software. Because mobile phones can also connect to chat rooms, controlling computer access may not be sufficient.