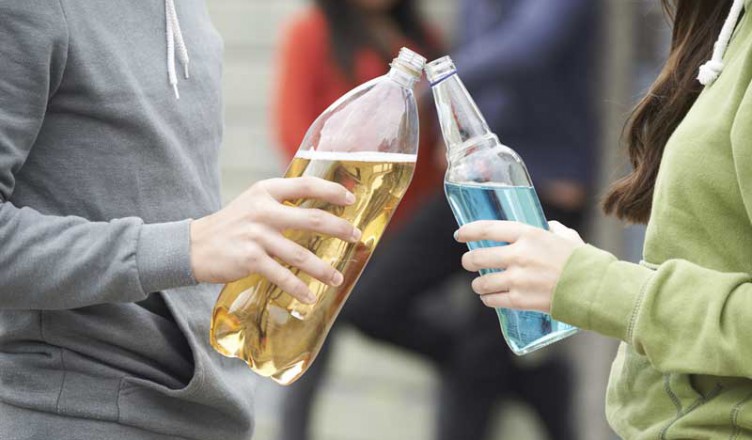 Alcoholism is different than alcohol abuse. Some teens will only drink occasionally and will be able to control their drinking. For some, alcohol can be very addictive. According to NIAAA (National Institute on Alcohol Abuse and Alcoholism), “40% of those who start drinking before the age of 15 meet criteria for alcohol dependence at some point in their lives.” 1 For those teens that become addicted, it is a battle they will have to face for the rest of their lives.

Teenagers may exhibit different signs of alcoholism. Some signs may be quite obvious. Others may be harder to see if the teen is skilled in keeping their alcoholism a secret. Teenagers will exhibit some of these signs for other reasons, but when they occur together with drinking alcohol, they might have a problem. You know what is normal for your teen, so any behavior that seems out of the ordinary should be watched.

How can we prevent teen alcoholism?

Probably the most obvious, but least used form of prevention is education. Although we may not want to bring this subject up to our children, it is important to start teaching our teens at an early age about the negative effects of alcohol and alcohol addiction. We cannot assume that they know about the lasting impacts that it will have on their lives.

For teens that use alcohol to help cope with their problems, helping them with their key issues can help curb them from turning to alcohol as a “cure”.

Treatment for alcoholism can come in many forms and will vary depending upon your teen and the severity of their drinking problem. If you suspect that your teen might be an alcoholic, consult your medical or mental health professional as soon as possible. They will be able to help you determine which type of treatment will be best. If your teen is addicted to alcohol, proper medical treatment will need to be given to help control withdrawal symptoms. Treatment might be either in an inpatient or outpatient setting. Some examples are as follows:

Recognizing the symptoms of alcoholism and getting help as early as possible is extremely important in preventing adult alcoholism down the road.