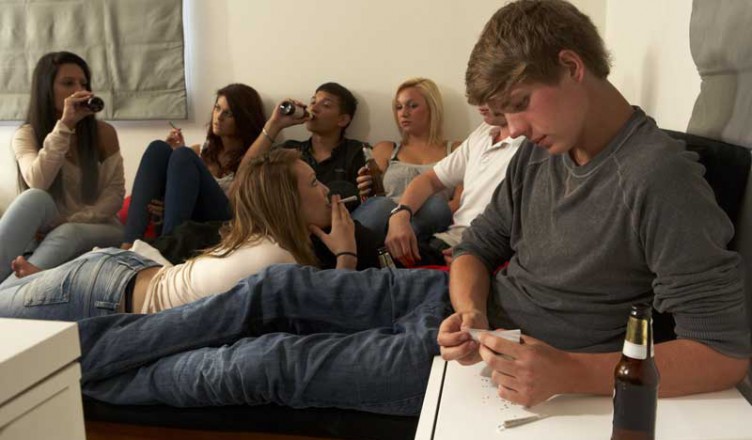 Teen drug use is a reality in most schools. Alcohol is by far the greatest drug in use among high school students. Of other drugs, marijuana is the most commonly used drug among teens. Even though most teens do not use drugs every day, the truth is that most teens have had some sort of experience with drugs at least one point in their lives. And, in the case of alcohol, nearly every teen has tried it.

2014 survey results show the percentage of teens in high school that admitted to using drugs or alcohol in the past 30 days:

The numbers change, however, when teen drug use is expanded to include usage over the past year:

The use of hallucinogens and most opiates is also lower. It is marijuana that causes the greatest amount of concern regarding teen drug use.

Marijuana use has increased since 1992. In 2014, the past-month use has dramatically increased among teenagers of all ages:

Indeed, almost half (45.7%) of high school seniors report that they have used marijuana at some point during their teenage years.

Even among teens that do not use drugs, it is acknowledged that they are fairly easy to come by.

So, even if teens do not use drugs, it is clear that they are readily available, either at school or by some other means. And it is also clear that teen drug use, while declining in some areas, is rising as far as marijuana use is concerned.