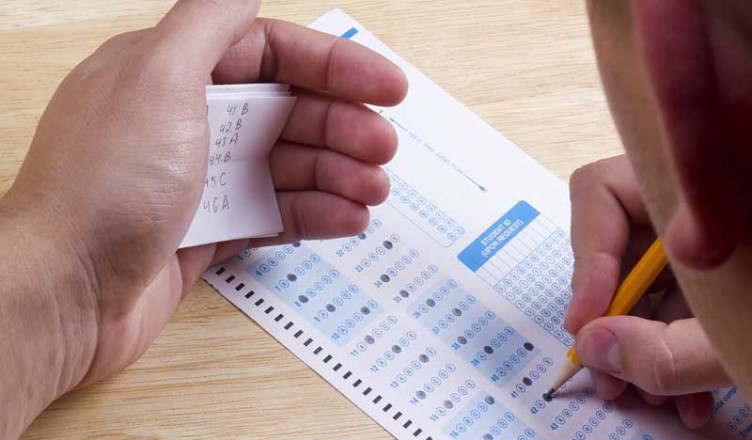 There are several important aspects to teen dishonesty. One is the occasion. Also important are the teen’s understanding of his or her own behavior.

There is a common double standard about honesty in our society. It’s deemed okay by many people to tell social lies or white lies – those untruths that smooth social relationships and avoid insult when put on the spot – yes, I do like your hat; thank you for the lovely socks. Teens who have witnessed or been encouraged to practice this kind of behavior may sometimes get the boundaries wrong or may use this approach of placation and avoidance in situations in which honesty and straightforwardness would be more desirable. Teens who miss the mark need clarification about what the rules for honesty really are or should be.

People, including teens, most commonly lie because of fear: they are afraid of the consequences of telling the truth. Especially if teens have heard either a threat or a consequence associated with a behavior they’ve just engaged in – whether it’s smoking, using drugs, drinking, breaking curfew, driving, sexual activity, etc. – or how/whether they performed – grades, chores, etc. – they may find themselves in a very difficult situation.

Experts suggest that parents who know that their teen has, for example, violated a household rule, should straightforwardly tell the teen. Asking the teen where they were or who they were with may seem like giving them an opportunity to explain, but if fear is operative, they may be led to compound their problem by lying. If the parent simply informs the teen, then there is only the original issue to deal with.

There are a number of ways of being dishonest – lying, cheating, stealing, plagiarism, and copying homework – and some of these are closely associated with the school setting. In their biennial survey of high school students in 2004, the Josephson Institute of Ethics found that while 98% of the nearly 25,000 students said it is important to them to be a person of good character and 92% were satisfied with their ethics and character,

With many, many websites offering opportunities to buy academic papers, sometimes advertised as “models” for students to follow, it is certainly easier these days to substitute work that is not one’s own. And with cell phone texting, getting answers from someone else during a quiz or test has new technological ease.

Psychologist Robert S. Feldman at the University of Massachusetts published a study in 2002 in which he found that 60% of the undergraduates in the study lied at least once in a 10 minute face-to-face conversation. A study by Dr. Jeff Hancock, a psychologist at Cornell University of students found that lies made up the following percentages of conversation by medium:

He concluded that there were three important differentials. First, people were more likely to lie in a transient situation with no record – i.e., unrecorded conversation, such as phone or face-to-face. Second, people were less likely to lie when the conversation was not in real time, giving them more time to think about their response. And third, people were prone to lie in response to unexpected demands for a judgment, the example given being, “Do you like my dress?”

Psychologist Caroline Keating of Colgate University points out that there are situations, such as the increasingly popular game of poker, in which it is valuable to be able to deceive, and the better you are, the higher the rewards are.

Resumes and job applications are another place where lies crop up. Some estimates say that up to 35% of job seekers may lie on resumes. Background checks are likely to bring such things to light. Teens need to look on resumes as a chronological record, not a place for self-aggrandizement.

Being dishonest is one problem. Knowing truth from fiction or lies is another. While young children have to learn to be able to distinguish fiction and reality, by the teen years, this distinction is usually quite clear. So, for a teen, not being able to distinguish between honesty and dishonesty, truth and lies, or truth and fiction, usually signals other types of problems. Behavior that could at first seem to be simple dishonesty could in some cases indicate a different kind of mental health issue that is affecting the teen.

In these cases, as well as in cases when a teen is deliberately engaging in inappropriate behavior repeatedly and covering it up, lies are likely to be more frequent.

Look Before You Accuse

Psychology professor Aldert Vrij of the University of Portsmouth in the UK studied people’s ability to detect lies. The ability to discern a liar is not much better than taking a random guess, Lies were detected by participants in his study only 44% of the time. This suggests that thought and care is needed before accusing a teen of lying.