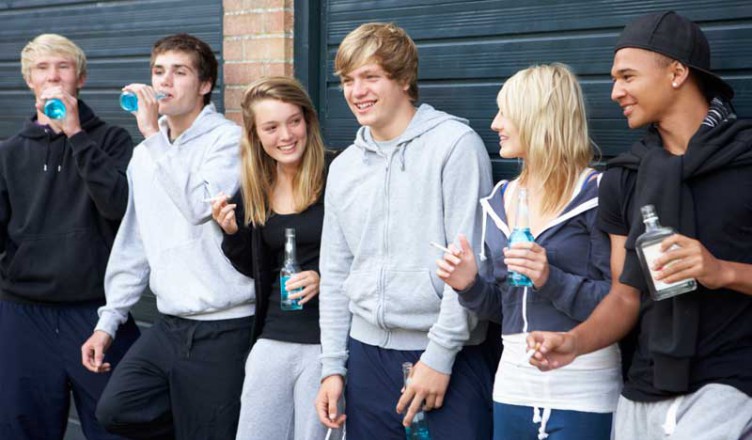 Researchers at George Mason University recently released results of their study on “Understanding Teen Drinking Cultures in America”.  This research was done in an attempt to help parents, communities, and schools develop programs to help reduce the rate of teen alcohol consumption.  These teen drinking statistics and the responses given by teens and parents as to how and why teens drink may surprise you.  According to the study results:

School officials and teens agree that school alcohol awareness programs are ineffective and lack consistency.  There is also too many discrepancies between what teens are taught about alcohol and what they learn from their personal experiences.

The message to not drink and drive seems to be clearly received. However, other social, physical and legal consequences of drinking are not as apparent to teenagers.  Teens often feel because they only drink occasionally (or on the weekends) their health is not at risk.  The effects that binge drinking can have on their bodies, including alcohol poisoning and death are often not explained.  Teens often fear getting caught drinking at school more than any legal consequences because schools can be more strict in enforcing teen related alcohol problems than local law enforcement.  Many teens are not aware that offenses committed while under the influence of alcohol can result in enhanced charges leading to felony arrests and prison.  Social consequences related to drinking such as higher rates of teen sex, teen pregnancy, date rape, violence, and illegal activity are rarely a major concern for teenagers.

Most parents believe their child is the one who goes to the party but doesn’t drink, and most teens feel they are really good at hiding their drinking habits from their parents.  Parents – I know you have heard it before, but talk to your teens, listen to your teens, and if you suspect your teen may be experimenting with alcohol or other risky behaviors follow your gut instinct and do something about it today.  Don’t wait for something more serious to happen to your child and don’t let fear outweigh the opportunity to reach out and protect your child.