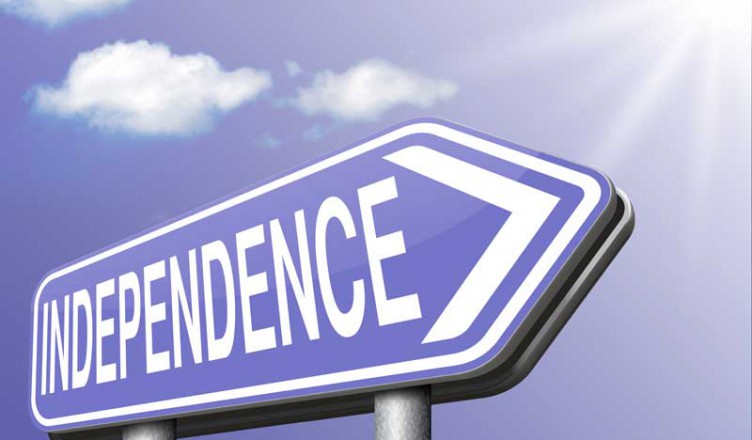 Independence for a teen partly means establishing identity and becoming in all ways a separate individual. It may help parents to consider that this is actually an important part of the “work” of being a teenager.

This means making for him- or herself a number of choices that were previously made by parents. Such things as:

In some cases, the result may be that a teen switches from conforming to his or her parents views to conforming to a friend or a group of friends. Usually, this is just a stage in early adolescence, and teens move on to become truly independent.

Teens also often want more say about family matters. To put it in political terms, they want a democracy in which they are a voting member, rather than a dictatorship run by parents. They want to have a voice in what they eat, where they go on family days out or vacations, what movie they want to watch as a family, what music the family should listen to on car trips, what kind of pet they should acquire, etc. They may also want to have a voice in where the family lives if there is a move in the offing, or what kind of car, television, rug, family finances, or pool the family purchases.

Teens may also want a voice in formulating the rules. As they age, there are likely to be changes in driving and car use rules, curfew rules, bedtime, and responsibilities and chores. Inviting teens to share in the decision-making – or at least give input – may lead to better cooperation and acquiescence.

Teens are at the age, also, when they are developing independent opinions and values, and may seem to be (and in fact be) argumentative as a result, as they strive to assert their own views and beliefs.

Although there is a popular notion that teens rebel and are fractious, emotional, and not pleasant to live with, some studies show that teens and parents can have differences without it leading to problems in their relationships. Apparently, one study found that 19-year-olds in college were as close to their parents as 4th graders.

Some rebellion can be expected as teens naturally struggle for their independence. Teens will push boundaries, argue for the sake of arguing, and compete with you in an ongoing battle for power. Finding the balance between giving them too much freedom and being overprotective is one of the biggest obstacles to overcome. However, it is healthy and natural for a teen to grow into an independent adult.

Next time your teen fights you over curfew or battles to make their own choices, have some perspective on the situation. Although parenting a teen that fights for their independence may seem like a challenge, consider the alternative. Imagine if your teen never wanted to leave the house and was content living under your roof and under your instruction for life. This would not be appropriate or healthy. A teen’s desire to become independent is an innate characteristic that assists them in growing into adulthood.

As teens struggle for their independence, there may be times when it is appropriate to give in. This doesn’t mean to give them free reign in every situation. However, you may want to pick your battles. Teens should start exercising some control over many of their own choices. Therefore, ask yourself if the issue at hand poses an immediate threat to your teen or their safety. Although you may not agree with all the choices your teen makes, they should still be entitled to make decisions independently when it is feasible.

Teaching independence to your teen goes hand in hand with teaching responsibility. It may not be as important for your teen to always make the right decisions as it is for them to learn accountability for the decisions they make. Set up a system of rewards and consequences that correspond with the goals you have for your teen. If they chose not to take out the trash, they learn that they cannot borrow the car. This allows teens to exercise power to make their own choices, while learning accountability and growing into independent adults.