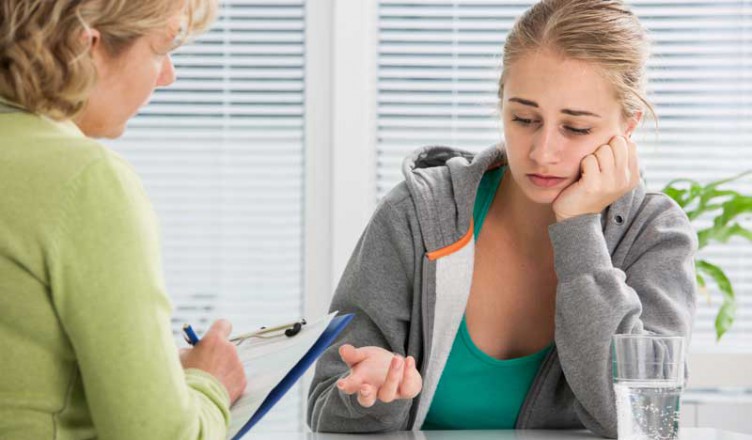 Since the three main types of teen eating disorders:

have different origins and symptoms, the treatment for each will, naturally, also differ, depending on the specifics of the diagnosis. Treatment will also depend on whether the eating disorder has led to a situation in which the teen’s life has become endangered by the disorder and whether there are other health-related issues to consider, including both complications of the disorder and other issues.

When seeking diagnosis and treatment from a professional, it is good to ascertain the individual’s specific qualifications in the area of eating disorders, availability, and general treatment approach. The teen’s comfort with the care provider is essential. In the case of all eating disorders, early diagnosis and treatment is important, but this may be hampered by the teen’s lack of recognition that he or she is ill.

Treatment of anorexia nervosa is multifaceted, involving nutrition, medical intervention as necessary, and psychological counseling, which may include family as well as the teen. While the counseling addresses interpersonal issues and helps the teen deal with the social/cultural issues of body image and any other issues contributing to or caused by the eating disorder, medical support can address issues created by malnutrition, electrolyte imbalance, endocrine issues, and other medical complications of anorexia nervosa. Nutritional counseling can provide helpful guidelines for healthy choices that bring the teen back to a state of health.

Depending on the severity of the teen’s conditions, the treatment may be able to proceed on an outpatient basis, or hospitalization may be required. If the teen is at home, family members will need clear and specific guidance about how they can facilitate a return to health, both in providing general support and also in how to respond to any relapses that might occur. Both cognitive-behavior therapy and interpersonal therapy, as well as other therapeutic approaches, have been found helpful.

Binge eating disorder is treated with various approaches designed to both address underlying causes and make changes in behavior and relationships that will help create and sustain healing. Making changes in eating behavior and habits and addressing body image are two goals of cognitive-behavior therapy. Interpersonal therapy is employed to help focus on relationships and make necessary adjustments in that realm. And underlying or accompanying depression may be treated by antidepressants.

As with other eating disorders, the treatment for bulimia nervosa is many-sided to deal with the different causal factors and resulting issues. Important are nutrition education; behavioral adjustment, including eating, purging, and exercising behaviors; resolution of interpersonal issues; and addressing any mood issues, such as depression or anxiety.