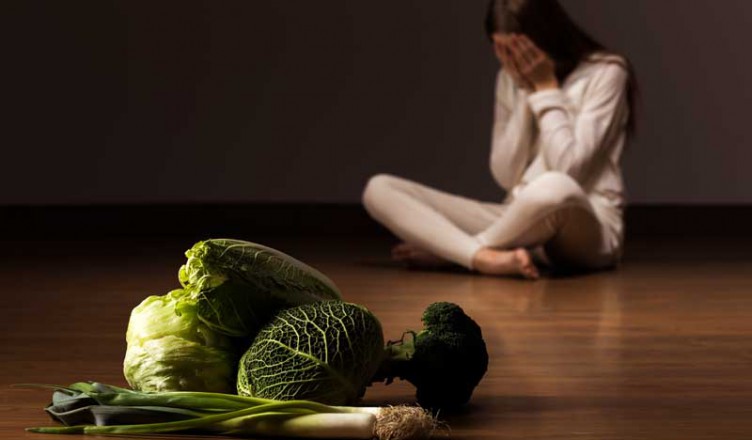 Anorexia nervosa, also referred to simply as anorexia, is one of the three common types of teen eating disorder. Anorexia means “without appetite,” and nervosa refers to the nervous system. Although most often associated with teenage women, and 40% of new cases are found in teens aged 15 – 19, it is not limited to either this gender or this age group.

It is thought that the stomach disorder that Louis-Victor Marc – a French physician who lived from 1828-1864 – first described in adolescent girls in 1860 may be the first medical record of anorexia nervosa. Sir William Gull (1819 – 1890), a London physician, named the condition anorexia nervosa in a paper given in October, 1873 to the Clinical Society of London.

Despite this recognition, anorexia nervosa was not listed in the Diagnostic and Statistical Manual of Mental Disorders, or DSM until 1980. Shortly thereafter, in 1983, it made its way into the public eye when a pop singer, Karen Carpenter, died from complications of anorexia nervosa.

People with anorexia nervosa are called anorectics. Because anorectics consistently deprive their bodies of needed nutrition in the form of calories, vitamins, electrolytes, and other nutrients for long periods of time, a number of complications can arise.

Complications of anorexia nervosa include:

The National Association of Anorexia Nervosa and Associated Disorders’ (ANAD) Ten Year Study revealed that anorexia in particular has the highest mortality rate among mental illnesses. When people with anorexia die, it is usually from complications such as cardiac arrest, suicide, or electrolyte imbalance, according to the National Institute of Mental Health.

Treatment of anorexia nervosa is multifaceted, involving nutrition, medical intervention as necessary, and psychological counseling, which may include family as well as the teen. While the counseling addresses interpersonal issues and helps the teen deal with the social/cultural issues of body image and any other issues contributing to or caused by the eating disorder, medical support can address issues created by malnutrition, electrolyte imbalance, endocrine issues, and other medical complications of anorexia nervosa. Nutritional counseling can provide helpful guidelines for healthy choices that bring the teen back to a state of health.

Depending on the severity of the teen’s conditions, the treatment may be able to proceed on an outpatient basis, or hospitalization may be required. If the teen is at home, family members will need clear and specific guidance about how they can facilitate a return to health, both in providing general support and also in how to respond to any relapses that might occur. Both cognitive-behavior therapy and interpersonal therapy, as well as other therapeutic approaches, have been found helpful.

What is Anorexia Sources: