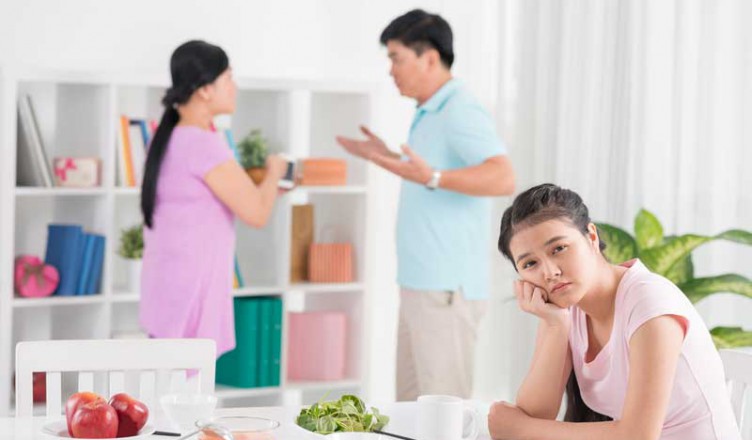 Some reports speak about all eating disorders as being associated with common risk factors; others distinguish the causal elements, citing different causal factors for each; yet others say that the research is so far inconclusive.

The three main types of teen eating disorders are:

It has been suggested by the National Institute of Diabetes and Digestive and Kidney Diseases (NIDDK), among others, that there is a relationship between binge eating and emotions that binge eaters are not adept at handling. People who binge eat may identify particular emotions – including anger, sorrow, boredom, and worry – that can lead them to binge.

NEDA (National Eating Disorder Association) identifies some interpersonal factors that it says can contribute to eating disorders, including a history of problematic family or personal relationships, trouble expressing emotions, and a history of either physical or sexual abuse.

Media images have a strong effect on people’s body image, particularly for women, because the ideals the media presents for women are farther from the average woman’s body. The Social Issues Research Centre (SIRC) reports that in 1972, the ideal woman shown in the media (models, movie stars, etc.) weighed less than the average woman, yes, but only by 8%. By the late 90s, the difference had become 23%.

Constantly seeing an ideal that is so far from one’s own reality can create a sense of pressure and lead to unnecessary dieting, for one thing, and possibly to eating disorders. The Eating Disorders Association in England has warned that a distorted body image may lead to eating disorders. In fact, distorted body image is a defining characteristic of anorexia nervosa. Thus, treating anorexia nervosa, for example, does not simply involve helping people learn to make healthy choices about nutrition, but actually involves helping change how they perceive themselves so that their view becomes more realistic.

Other Causes of Eating Disorders

There may be increased risk of anorexia nervosa for teens whose mother or sister suffered from it, and there may be biochemical or biological causes that are, as yet, incompletely understood.